America, land of the free, home of the brave as they say. American flag crochet blanket patterns are the perfect items for celebrating the Fourth of July, Veterans Day, and Memorial Day.

American flag crochet blankets are also great gifts for retired or active members of the military and are great for hosting charity events for veterans.

There are dozens of these free flag blanket patterns, but trust me when I say they come nowhere close to this Americana flag crochet blanket. There are several great renditions of the American flag out there. Some include the star spangled banner and the grand union star to mention a few.

American flags come in all patterns and colors which may include a stars and stripes theme in red, white, and blue, the 13-star saltire in red, white and blue of the Confederate flag and more. 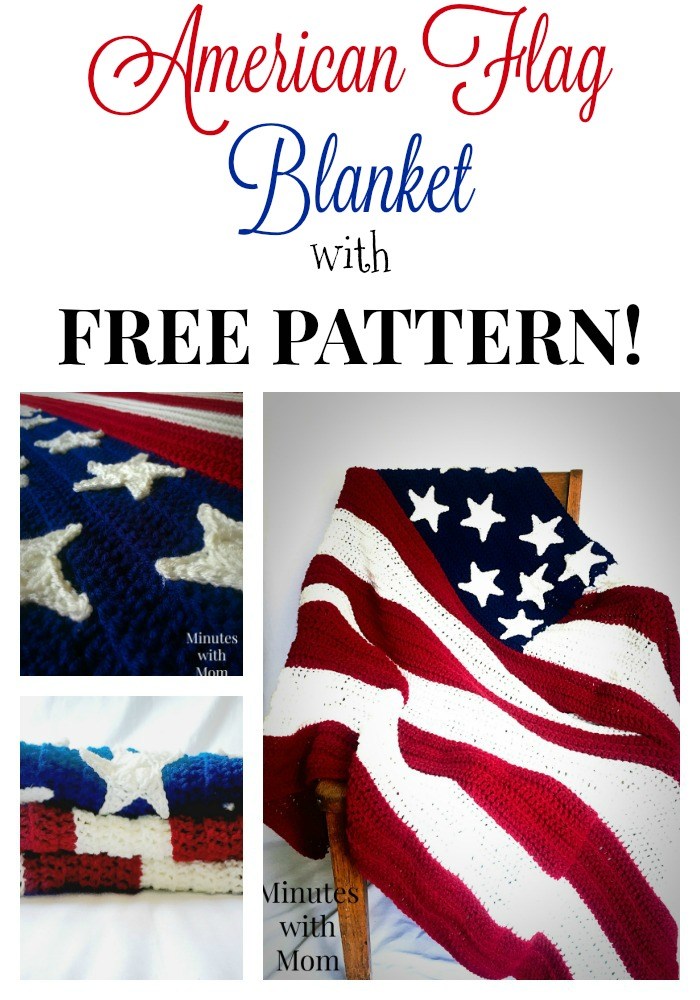 I have always been fascinated by the American flag in its various versions. If you or anyone you love is equally as enthusiastic about the stars and the stripes, you should check out this simple blanket pattern. You can use it to whip up your crochet blanket dedicated to the U.S of A.

The pattern, however, needs some assembly in the sense that it requires a hot glue gun to stick down the points of the stars. You can however simply sew down the points if you prefer not to use the hot glue gun. Eager to welcome your very own American flag crochet blanket into your home?

A perfect pattern for a crochet beginner. 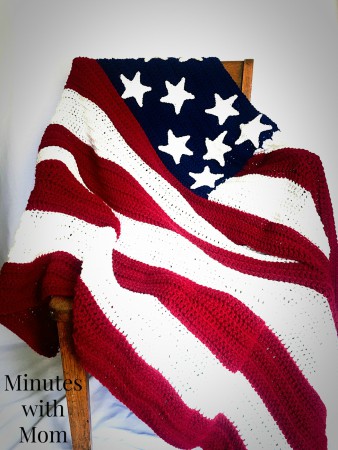 Believe it or not, this isn’t my first or second American flag crochet blanket. Yep, that’s right. Be sure not to just glue the stars on. The stars should be stitched on as well, making sure that they stay in place. 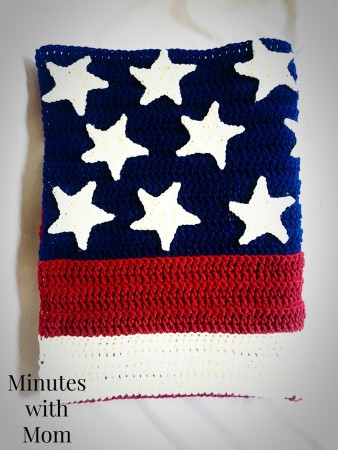 Betsy Ross Would Be Proud, I Am Sure Of It

I can happily and confidently say that it is among my most prized possessions. I’m telling you, you have to get one for yourself.

The blanket would make an amazing gift to anyone who is proud to call themselves an American. While in the spirit of giving, you could also crochet up a couple of these babies and donate them to your local elderly care home?

That’ll surely make some senior citizens very happy, major points for you. That will be a well spent 10 hours of your time and effort. 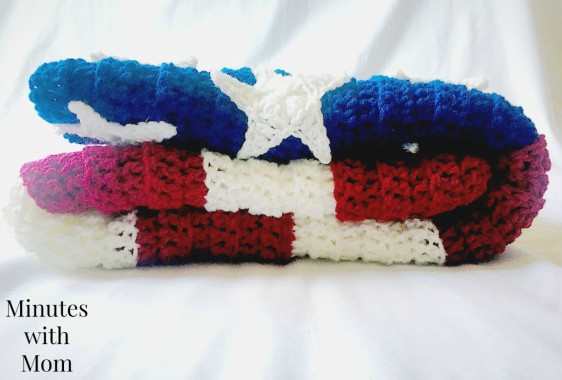 The Perfect Crochet Gift For All Occasions

A few years ago, my family was having a family reunion shortly after my brother returned home from his second deployment. My Dad, an Army veteran couldn’t have been prouder. I couldn’t think of anything better to share with my family than a warm, American flag crochet blankets.

I put my heart and soul into the project and the finished items came out fantastic. The boys were so impressed my Dad had the blanket on the entire time. Since then, my Mom says if you want to pick up a fight with the old man, mess around with his favorite blanket.

I have been lucky to attend a handful of Army veteran events alongside my dad and I can’t think of anything better to crochet for such events. As luck would have it, my Dad went around showing off his American flag crochet blanket to his army buddies.

The next thing you know, everybody wants one and is willing to pay a pretty penny for it. That right there would have been the perfect opportunity to mint some serious coin but no. 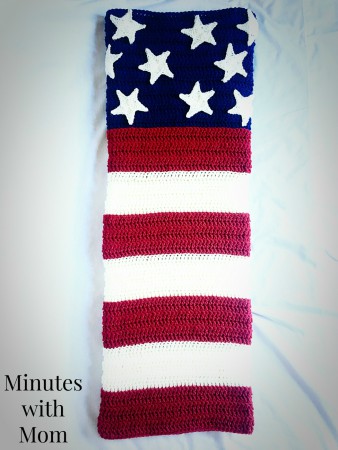 I offered to do it for free. It just didn’t feel right. Anyways, I would recommend you try this pattern sometime and see for yourself the marvel that comes forth.

Get the free pattern here

We regret that due to EU VAT regulations, we are unable to sell our digital crochet patterns to customers based in the EU. Sales to the US, Canada, Australia etc are unaffected by these regulations.

Hi, would you like to receive our monthly newsletter of crochet tips and patterns straight to your inbox? Sign up today and join our community.